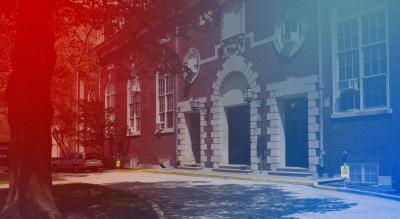 When faculty members arrive at the University of Illinois, they enter a new working environment and embark on a transition to develop successful academic careers.

They come with prospects for their future and must orient themselves personally, professionally, and institutionally.  During their movement through the ranks of the professorship, their career evolves and they contribute to the culture of their department, college, and campus.  Throughout the evolution of their career, it is important that they have numerous opportunities to obtain advice, counsel, and to otherwise engage in a sustained conversation with faculty mentors.  All faculty share responsibility for mentoring and have a stake in the benefits that flow from developing healthy relationships with new faculty. The purpose of this AHS Faculty Mentoring Guide is to provide direction regarding best practices to build successful mentoring relationships among college faculty.

Deliberately cultivating mentoring relationships is crucial for the success of college faculty and furthering the missions of each unit.  An academic career built around research, teaching, and service is bolstered by developing strong relationships among faculty (Johnson, 2007, p. 5).  A premise of this guide is that mentoring is the “fourth leg in the academic stool” and that purposeful conversations about good judgment, priorities, and direction are essential to build a strong body of faculty (Jacob, 1997).

The effects of mentoring on the culture of a department and career of faculty can be substantial. There are many positive outcomes connected with faculty mentoring programs (Bode, 1999; Boice, 1992; Johnson, 2007; Moody, 2004; Shockett & Haring-Hidore, 1985). The outcomes of mentoring accrue to all faculty members and include:

There are positive ripple effects from mentoring that run throughout a university.  Each of the outcomes enhances the organizational climate and institutional character for all faculty members.  A mentor may enhance any or all of these outcomes during the growth of a mentoring relationship.

Mentoring is far more than providing advice on the tenure process.  According to Bode (1999, p. 119), a mentor is “a person who serves as guide or sponsor – one who looks after, advises, protects, and takes a special interest in another’s development” (see also Zey, 1984, p. 7).  Mentoring is not a natural set of skills for most people, rather knowledge about “good mentoring” usually needs to be acquired.

A faculty mentor is not responsible for the ultimate success of their mentee.  Instead, mentoring relationships are meant to facilitate opportunities to exchange information and allow both mentor and mentee to learn from each other.  Unlike mentoring graduate students, for whom the advisor plays a strong role in the direction taken by their graduate student, faculty-faculty mentoring is about providing advice, yet mentees remain accountable for their own decisions and academic success.

Mentorship typically begins during a period of time referred to as orientation. Here, new faculty members are oriented to the particulars of the institution and unit in which they work – they need to become acquainted with the university.  Activities surrounding orientation usually last for two to three years after a new employee enters an organization.  Most universities have their own institutional culture, including specific expectations and norms for faculty, and facilitating adjustment to this new culture is part of orientation. Although the mentorship period lasts beyond orientation, it is particularly important during this period of time to strongly orient new faculty to their environment. As part of the orientation process, the college will host periodic junior faculty seminars and AHS Teaching Academy meetings that cover an array of topics relevant to developing a successful academic career at the University of Illinois.

These best practices are suggested for departments to adapt in contexts of their own mentoring policies.  Each department has its own culture and may choose to implement their mentoring program in distinct ways.  Faculty and department heads are expected to share information with each other about effective mentoring and strategies they find useful.  The Dean’s Office will hold periodic “brown bags” to stimulate conversations about faculty mentoring, ways to improve mentoring relationships, and various approaches to implement the above best practices.

Johnson, B. (2007).  On Being a Mentor:  A guide for higher education faculty.  Mahwah, NJ:  Lawrence Erlbaum Assoc. Publishers.