For Tizoc Rubio, the prospect of college seemed far-fetched. Then he happened upon the Warrior-Scholar Project.

“When you're enlisted, you're kind of bottom of the barrel. And you're of that mindset that you're not meant for much, you know?,” said the Air Force airman.

But Rubio, who is still on active duty as a cyber systems operator stationed at Eglin Air Force Base in Fort Walton Beach, Fla., knew the military would not be his career, and that he wanted to study nursing. He searched the Internet for "veterans going to Ivy Leagues" and found the Warrior-Scholar Project. The program aims to build service members’ confidence to pursue and complete four-year undergraduate programs at elite colleges and universities by orienting students to the challenges facing student-veterans as they transition from military service to college.

The Warrior-Scholar Project launched its first program at Yale University in 2012 with nine participants, expanding to 20 of America’s top schools since then and helping more than 215 veterans get a head start in higher education. For the first time, the program in July 2022 was held at the University of Illinois, with the Chez Veterans Center facilitating programming for the week-long training.

“I was lucky that they had a spot here,” Rubio said. “The fact that I'm able to be (here) in person, and take in the campus environment, and actually  feel what it's like to be a student is just super amazing.”

“When I was a student or a potential student, I didn’t think I had the chops to make it through higher education because I wasn’t that person in the school that made the really good grades and high achiever,” said Anderson, who got his bachelor’s degree at Illinois State and his master’s at Illinois. “But this gives them that one week inversion-type environment where they’re like, ‘OK, I do have what it takes to make it through higher education.’” 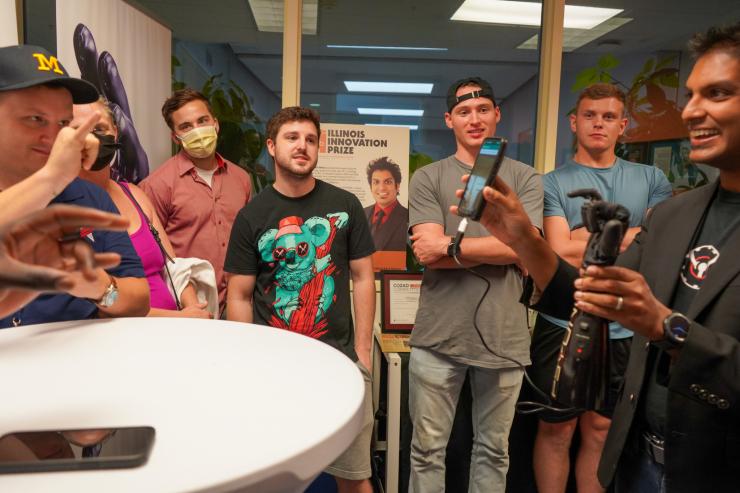 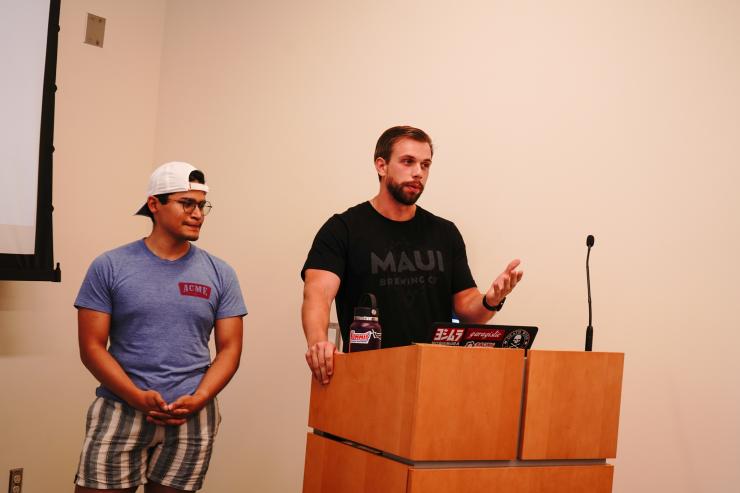 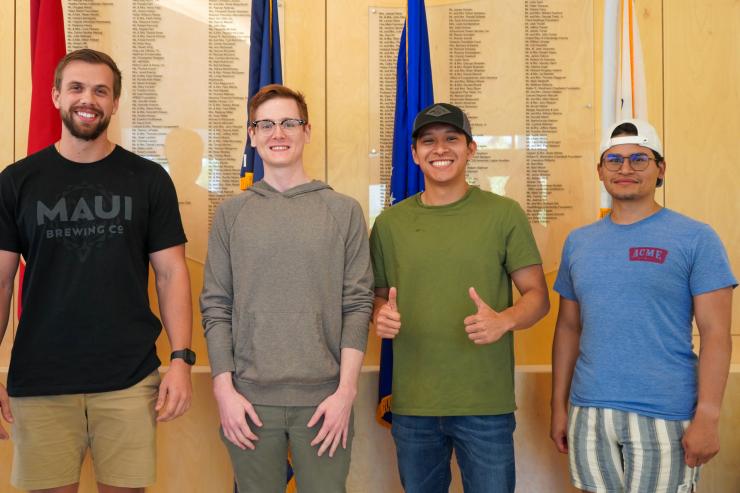 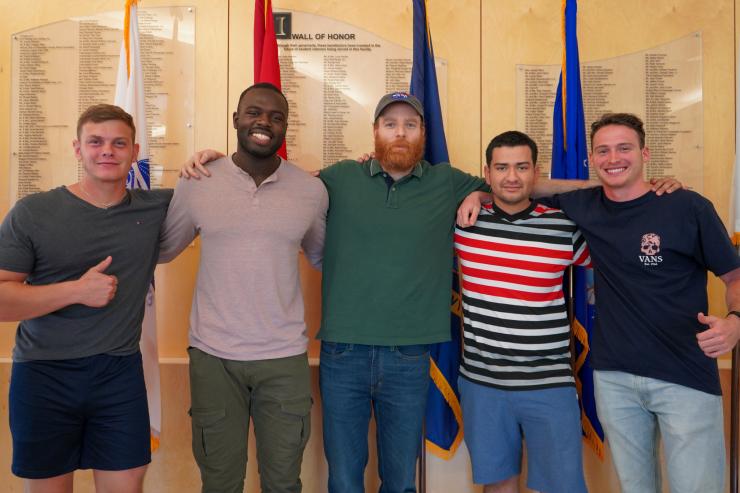 The WSP, a non-profit, gives service members a bridge from the battlefield to the classroom. The organization helps enlisted military personnel, those transitioning out of active service, and veterans by providing them with academic training and helping them become “informed consumers of education,” as WSP describes its attendees.

Dustin Lange, assistant director of the Chez Veterans Center, saw the WSP in action at the University of Chicago and thought the program would be a great fit on the Urbana-Champaign campus.

"We are honored to be partnered with Warrior-Scholar Project this summer, as we believe the program can improve a veteran’s overall confidence and help them be successful in higher education," Lange said.

Count Noah Bishop as one of those veterans. Bishop, who is from Solon, Iowa, enrolled at the Naval School of Music to train as a musician in the U.S. Marine Corps Music Program.

He decided to enter the military out of high school.

“When I was in high school, I decided between going to college and studying music and getting a job,” he said. “I thought it was better to have the actual experience of performing for four years. I wanted some actual, in-person experience with that. I definitely got it, along with the desire to grow up before going to college.”

WSP offers enlisted veterans—free of charge, thanks to donations—a chance to attend one-week, intensive college preparatory experiences. This year, for the first time, the veterans received a $500 stipend to cover travel costs. During the sessions, Warrior-Scholars learn strategic reading and writing skills from university faculty members and instructors; they also learn how to take notes, prepare for tests, dissect syllabi, and access campus resources.

When he was active duty in the Marine Corps, Bishop, who is currently a Marine Musician and Administration Supervisor, met with a Marine academic advisor who recommended the WSP as a good “stepping stone.”

He said programs like WSP can help veterans decide  whether the military is the career they want to pursue, or if they want to go down the road of academia, with a career to follow.

“I was definitely on the fence. I was kind of like 50-50, and I was leaning towards [academia], simply because I want to still go to college while I'm relatively young.” Bishop said.

Rubio, who is attending the program on a temporary duty travel, known as a TDY, said he was planning to attend the University of Washington in his home state, but that after visiting the UIUC campus, Illinois has “moved up on my list.”

Rubio is planning to leave active duty in about a year, but will be in the inactive ready reserve, meaning he can be called up at any time for four years after he leaves active duty. But he appreciates all that the Air Force has done for him.

“My unit is actually really nice. They know that I'm preparing to get out and pursue academia,” he said.

Bishop, who wants to stay in the Midwest, agreed, citing the services UIUC has for veterans.

"The most impressive thing I'd say was the [Chez] Veterans Center. I've never seen anything like that, that level of veterans support. That's a huge selling factor. The overall quality of the university matters, too. And I know it has that.”